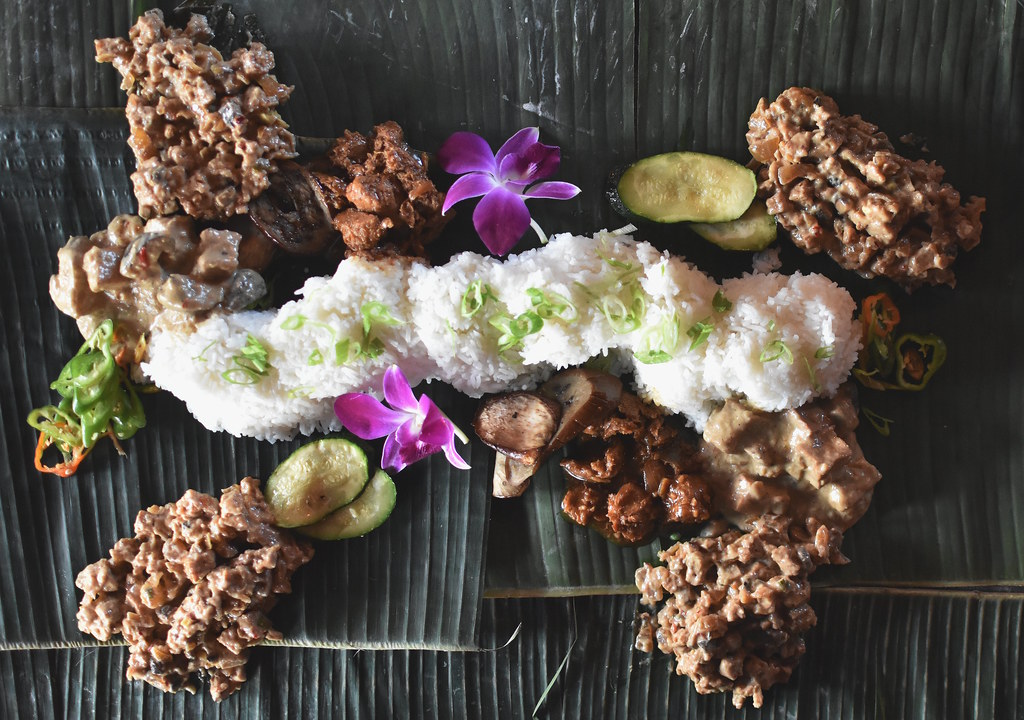 The scent of banana leaves filled the dining room of Trade Winds Tavern. We waited, sipping on wine and kombucha, for the orchestrated meal to begin. A parade moved through the dining room laying serpentine fistfuls of rice between each group as Coconut Mushroom Sisig—a chopped stew spiked with chilies and acid—and Vegan Adobo “Chicken”—proteins traditionally slow cooked in vinegar and spices—were ladled before us. Chopsticks gently tipped the display with shaved chilies (which I ate all of) while a large mound of Bicol Express—a coconut chili “pork” —reached for me as I reached for it. 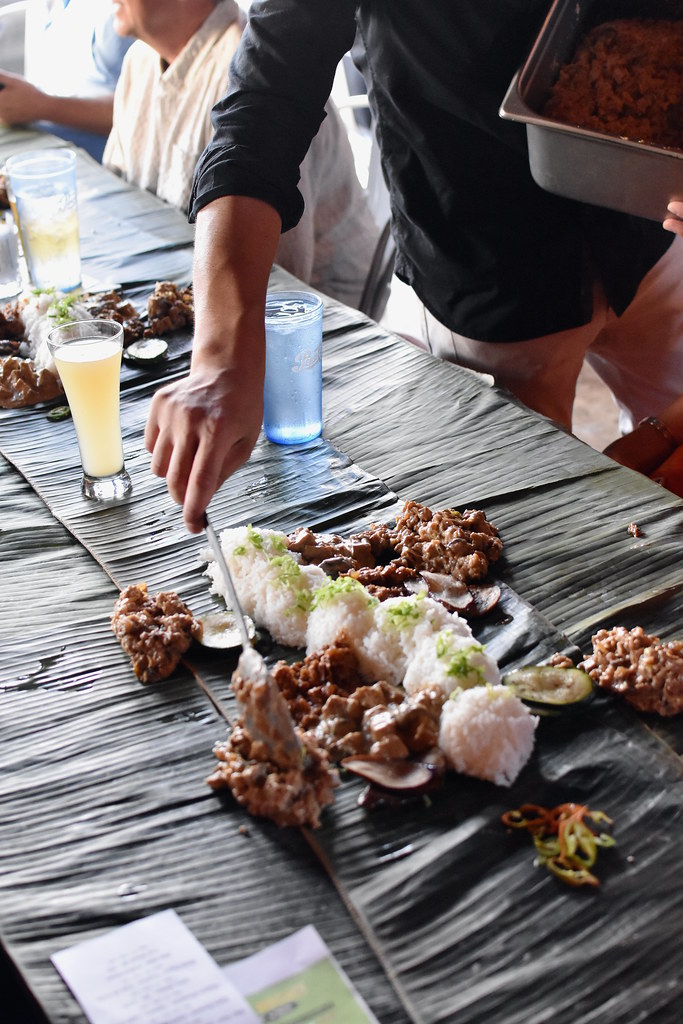 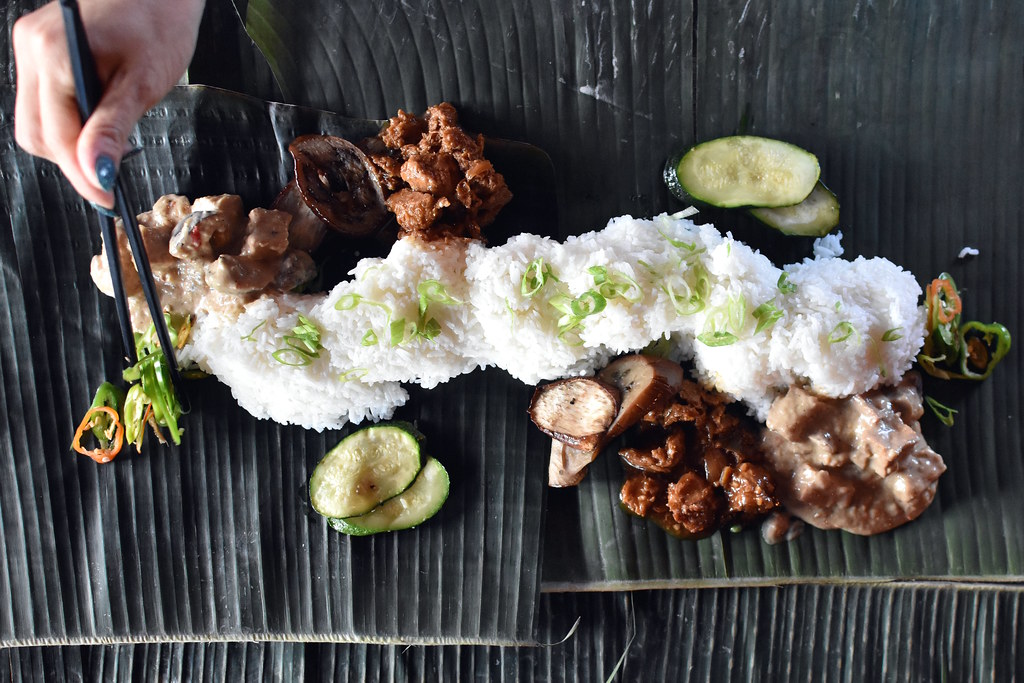 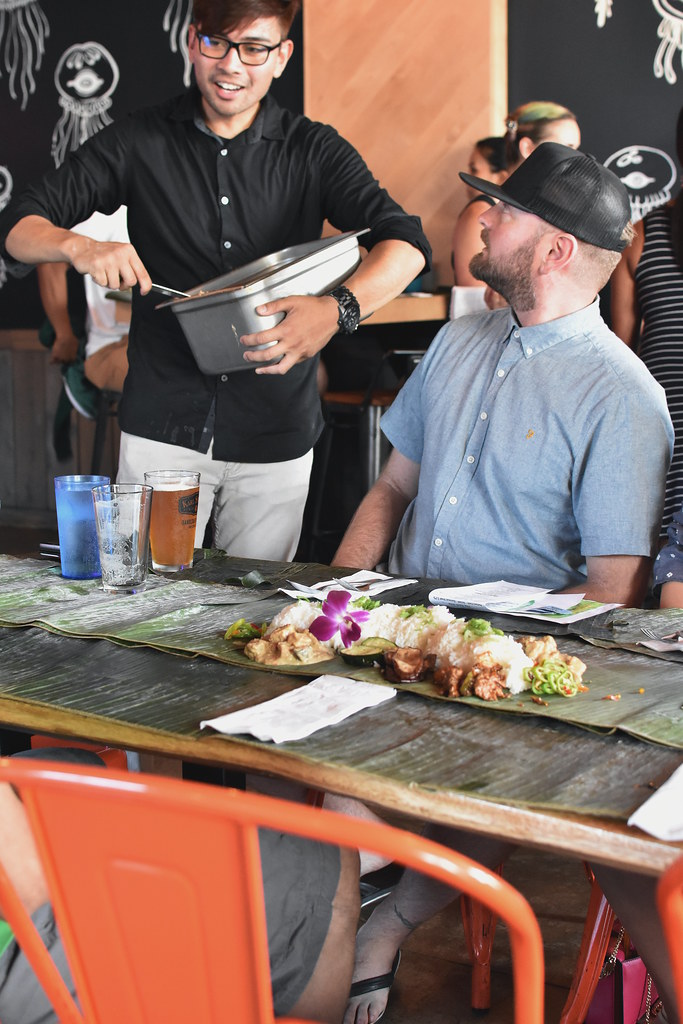 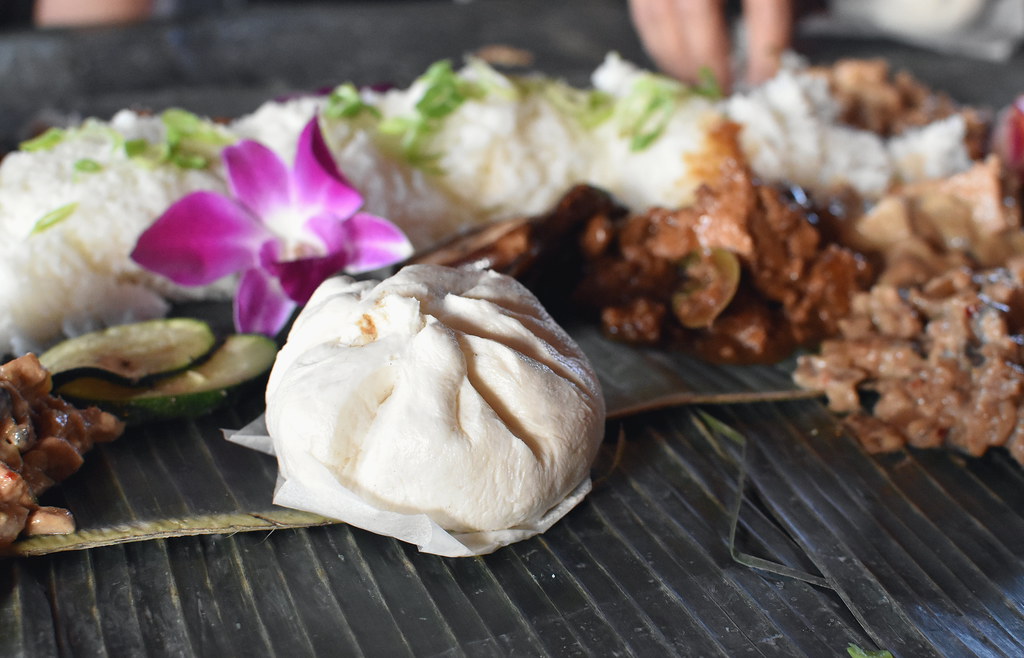 A plump Pulled Jackfruit Siopao—a tender steamed bun—arrived and we dug in, fingers first, with marked caution that quickly turns into confidence.

The kamayan experience was new to me. A communal feast rooted in Filipino culture which was tolerated under Spanish colonization but then nearly erased when American brought their pearl clenching etiquette* to the island at the end of the Spanish-American War (1898 Treaty of Paris). Through these outside forces weaponized the spoon and fork, the rural family tradition of shared food eaten with the hands persists—which Michael and Noelle, aka @vegainzcouple, shared with the San Diego vegan and vegan-curious community on Saturday July 21, 2018. 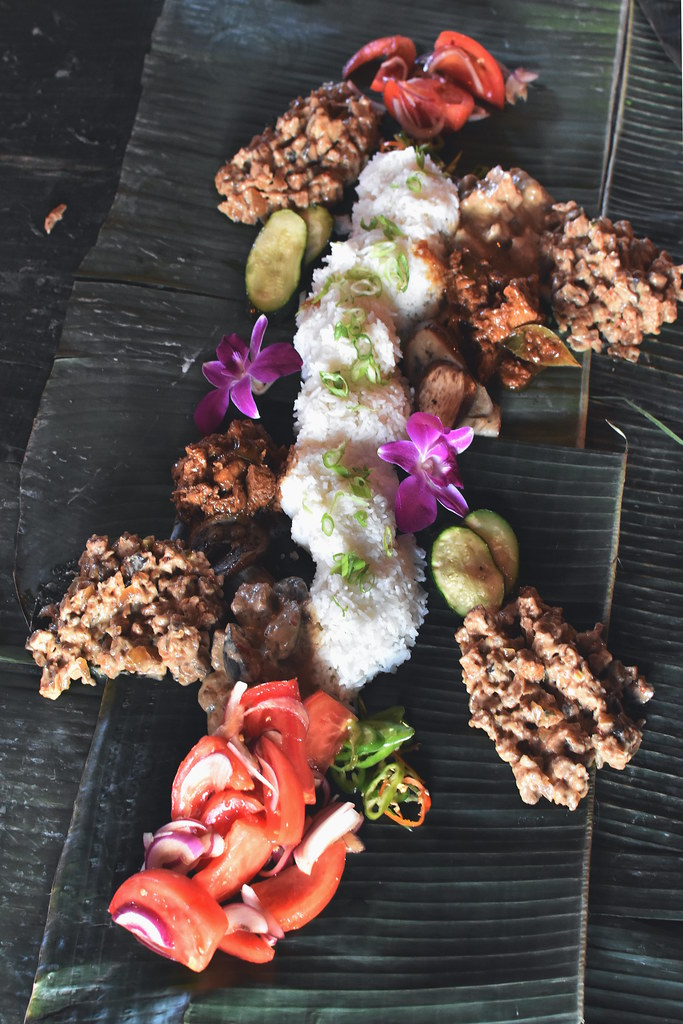 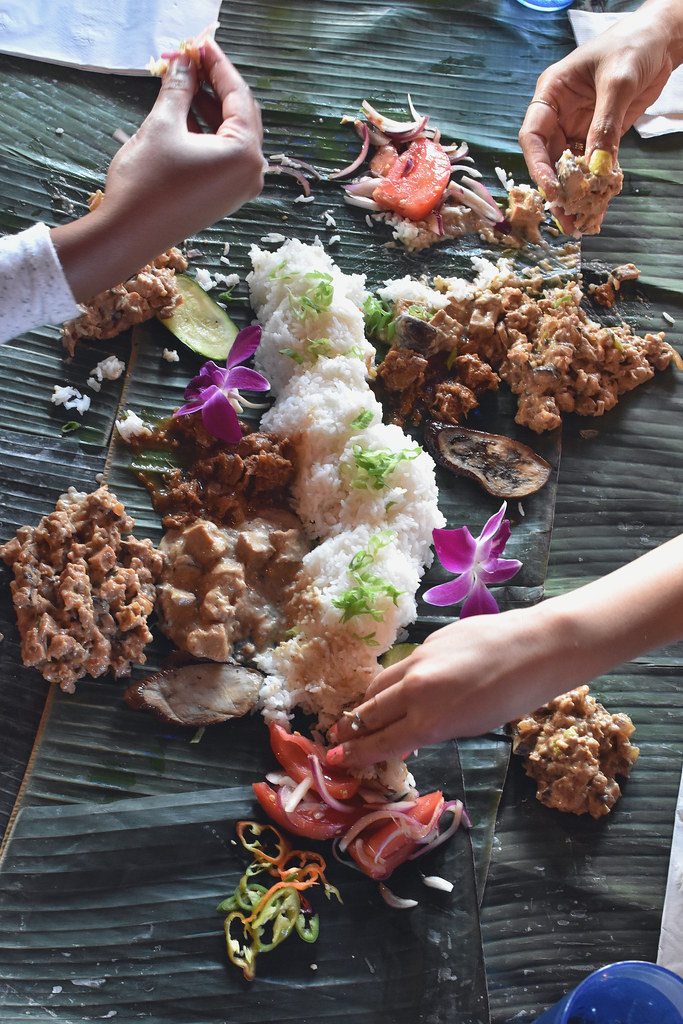 Digging into the stews with unprotected digits proved easier—and frankly, funner—then expected. It assumes a level of trust between diners, a forced intimacy that is rare within American’s Protestant tendencies. Kamayan also forces the attention up, between people, as diners don’t dare risk getting Sisig covered fingerprints all over their smart phones.

At the end, small cups of fluffy Halo Halo—Filipino-style shaved ice—appeared floating with bits of sweet bean, jellies, and puffed rice, finishing off a highlight meal of this pop-up series and bringing a communal civility to the states. 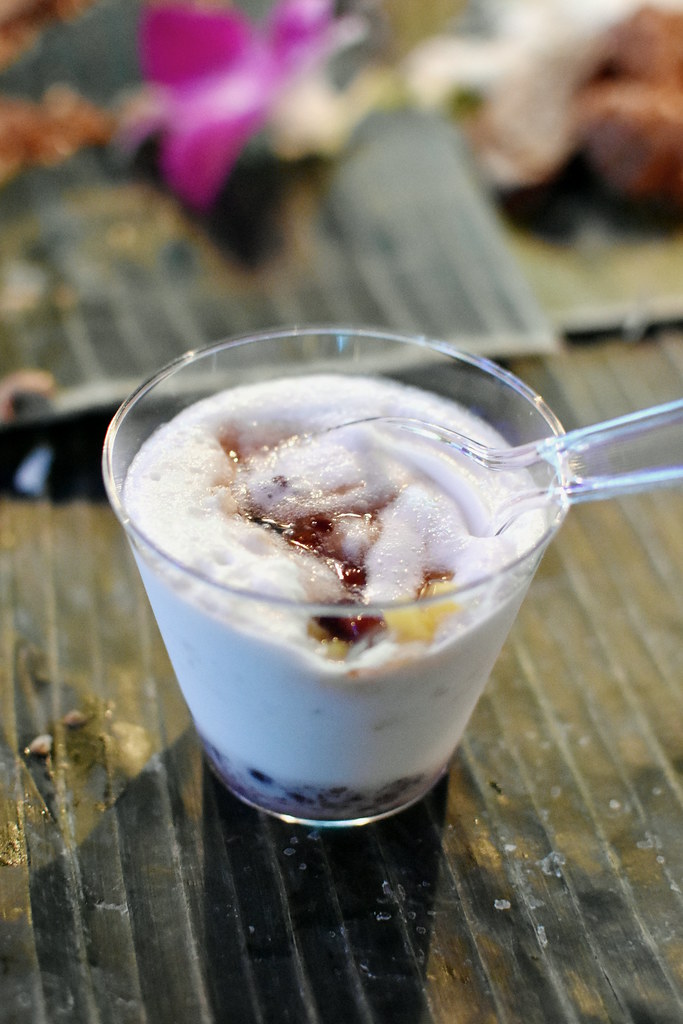 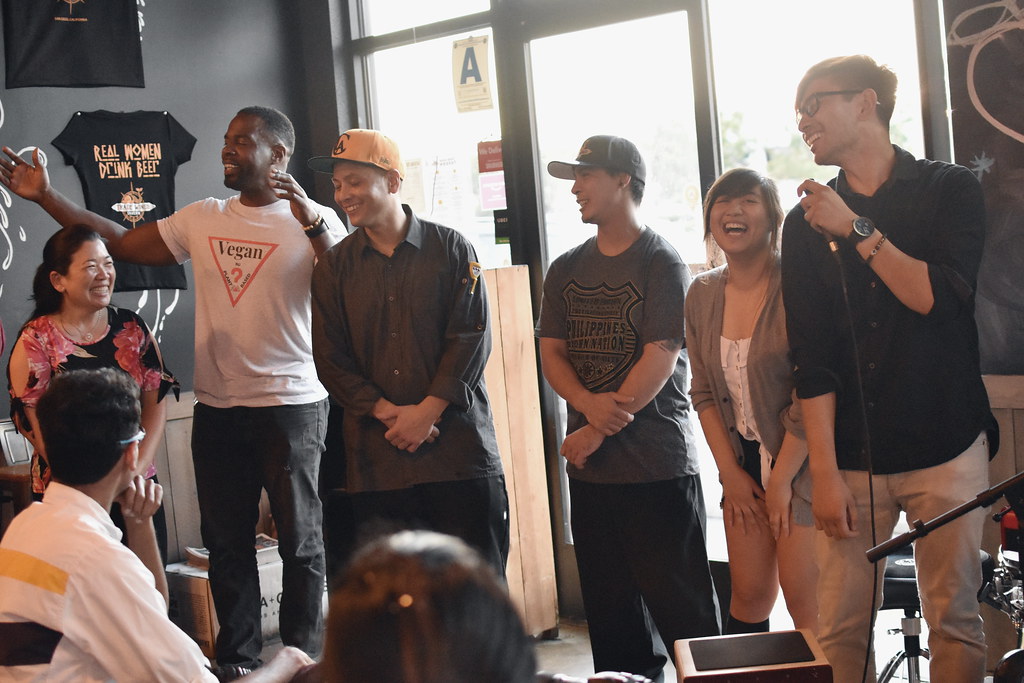 *This is ridiculous example of the American kettle calling the Filipino pot black. So many classic American dishes, of this and future eras, are eaten by hand. In the late 1800’s Americans where finger fooding toast, corn cob, BBQ, hush puppies, cookies…