It’s not often that companies offer me products—and even rarer that I accept. But seeing as Sweet Earth already has a place in refrigerator, I accepted their mystery swag box.

This plant-based company, helmed by former Pepsico and Burger King important person Brian Swette and former Calvin Kline important person Kelly Swette, offers an ever growing array of refrigerated vegan meats and vegetarian and vegan frozen foods to grocery stores nationwide. Though known mostly to me for the unexpected burrito combinations, my box arrived with (2) frozen bowls and (2) mock meats.

I don’t often post my own cooking—mostly because if I’m cooking food that means I’m tired and hungry, the least photography compatible mood I have. Also, frozen meals are meant to be eaten in moments of rushed convenience wedges between the bustle of work, which is exactly when I devoured these bowls.

Noodles cut with cauliflower florets smothered in a cauliflower and sweet potato sauce under shreds of panko and vegan parmesan. Once microwaved, the dish still looked startlingly frozen, but when eaten seemed fully cooked. I found the small portion reasonably filling for 290 calories but followed up the meal with a bag of kettle chips. 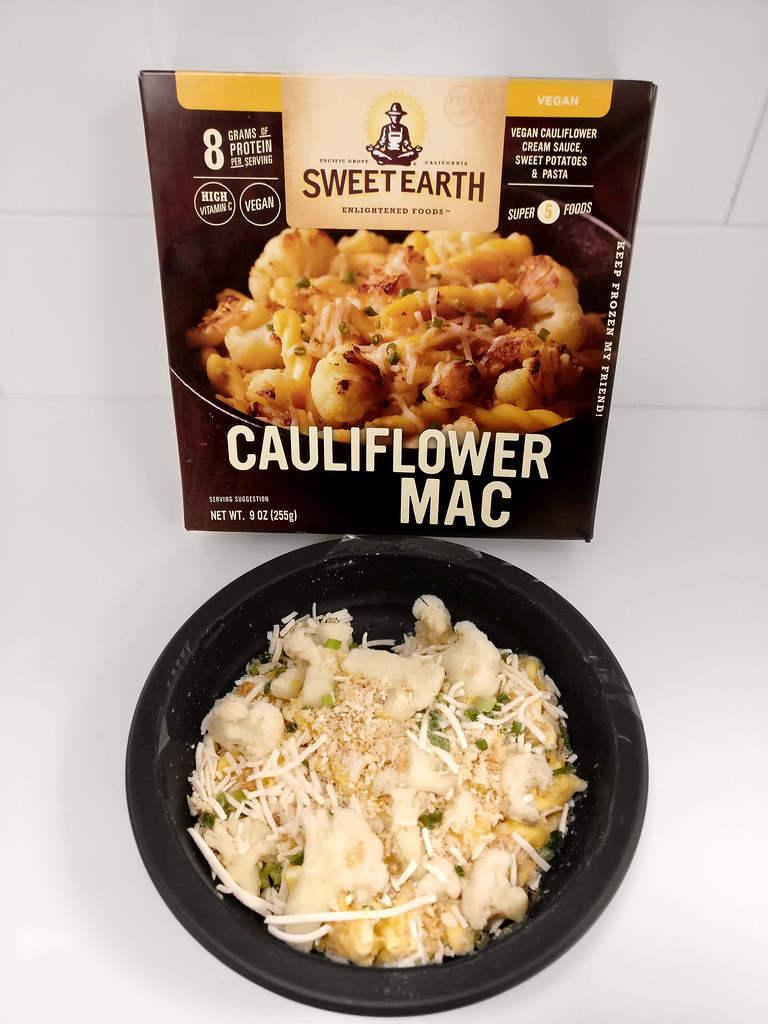 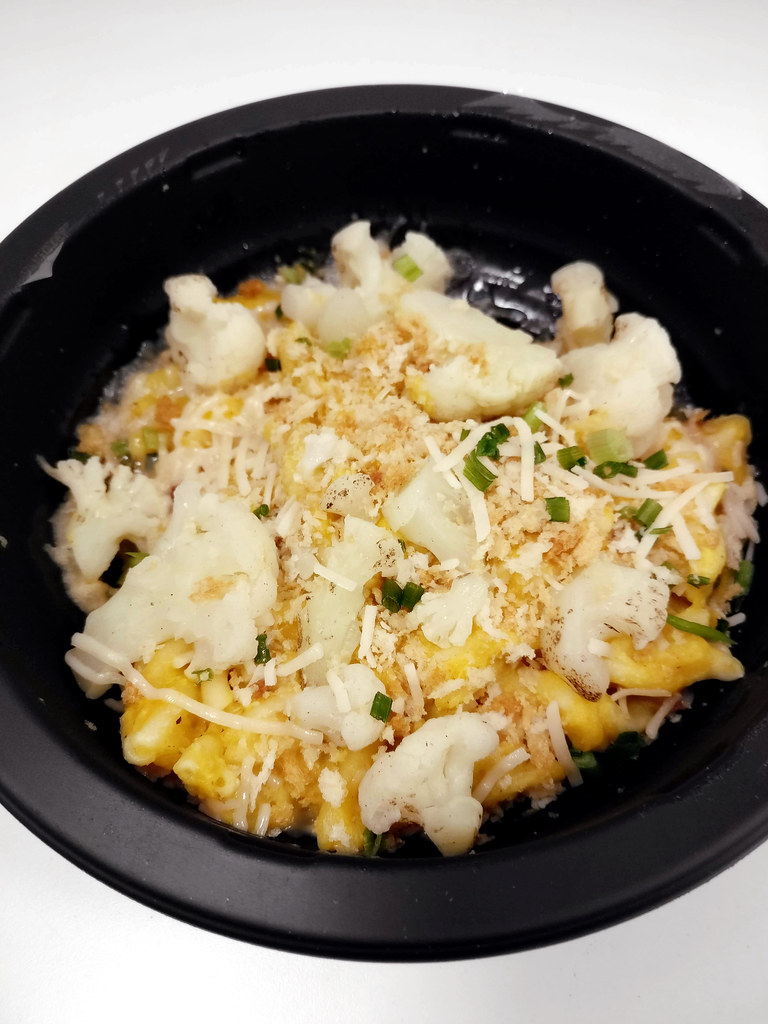 The ultra sweet glaze of General Tso’s is, by far, my favorite American-Chinese dish—both raising my bar of expectation and making me easy to please once the bar is met. This dish meets that bar. The cornstarch crusted tofu gives the glossy sauce something to cling to against the not-soggy broccoli and brown rice.  My only complaint is that the 330 calories is not nearly enough to complete a meal—I could easily eat double this for lunch. Still, I’ve already purchased more for my office’s freezer. 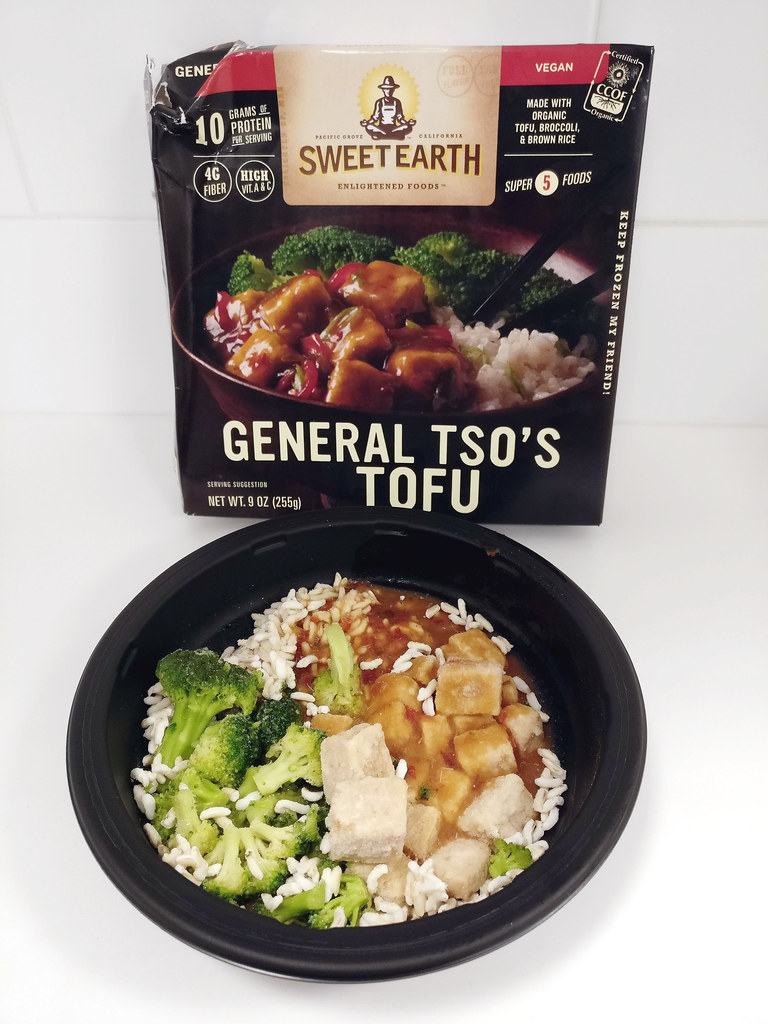 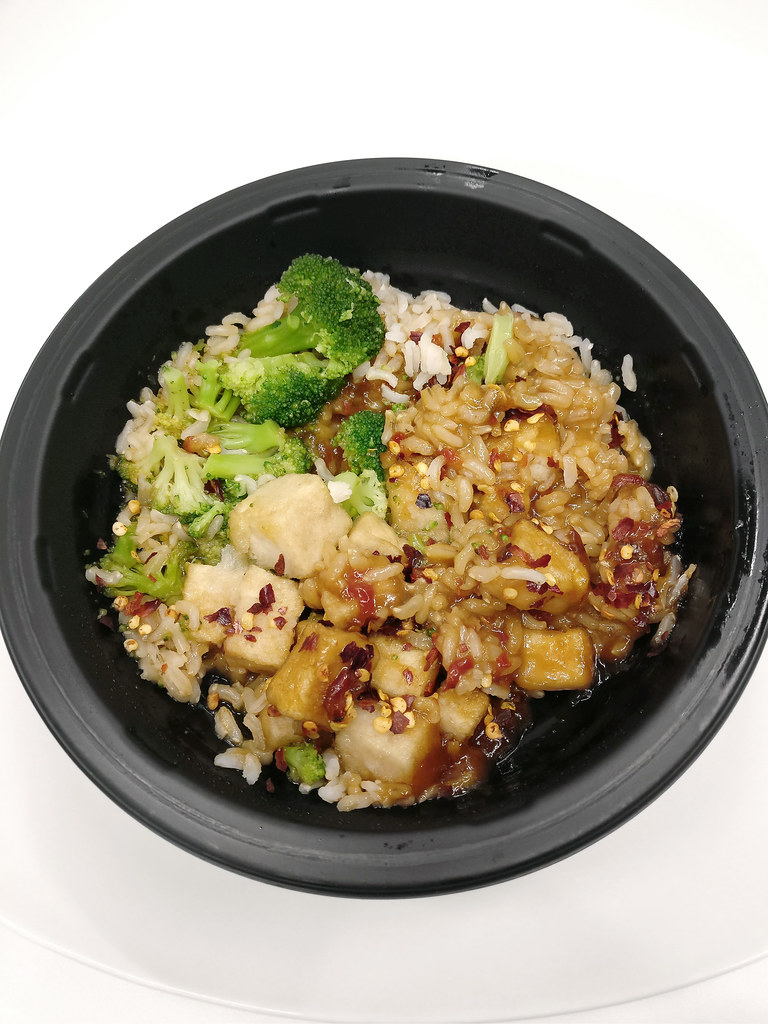 This is an example of me being too hungry and forgetting to take pictures before eating. These rounds of wheat gluten—which taste of an unspecified flavor I would liken more to onion, garlic, and pepper over “ham”—were quartered and caramelized in pineapple juice and turned into a Hawaiian Pizza. 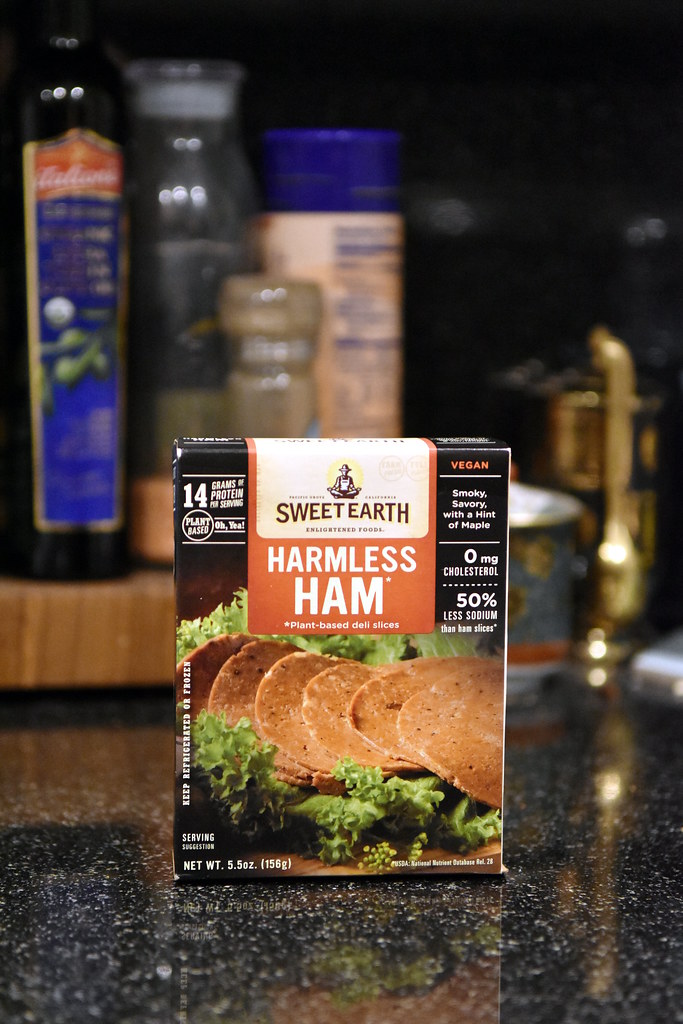 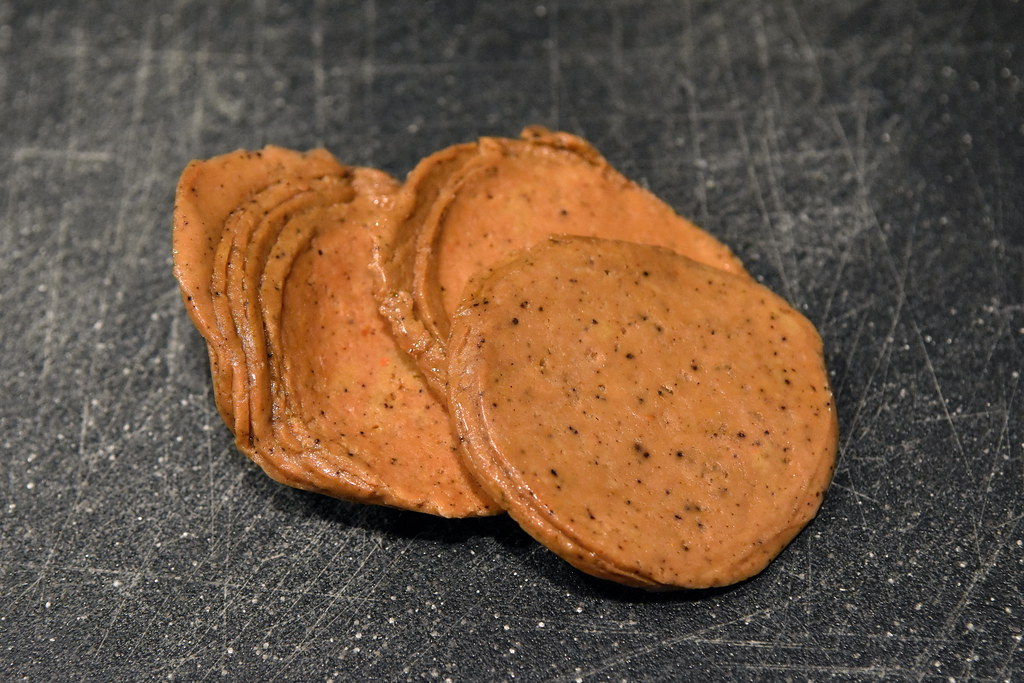 Bacon. One of the more popular non-sequitur utterances after the mention of veganism—and one of the hardest meats to mimic. Expectations demand a flattened and fried vessel for delivering sweet, smoke, and fat—fat here being the hardest to deliver. So I took the wheat gluten strips—peppered with hickory, smoked paprika, tomato paste, maple syrup , and so on—and fried them up in an avocado oil greased cast iron for a luscious Buffalo BLT on everything bagel. 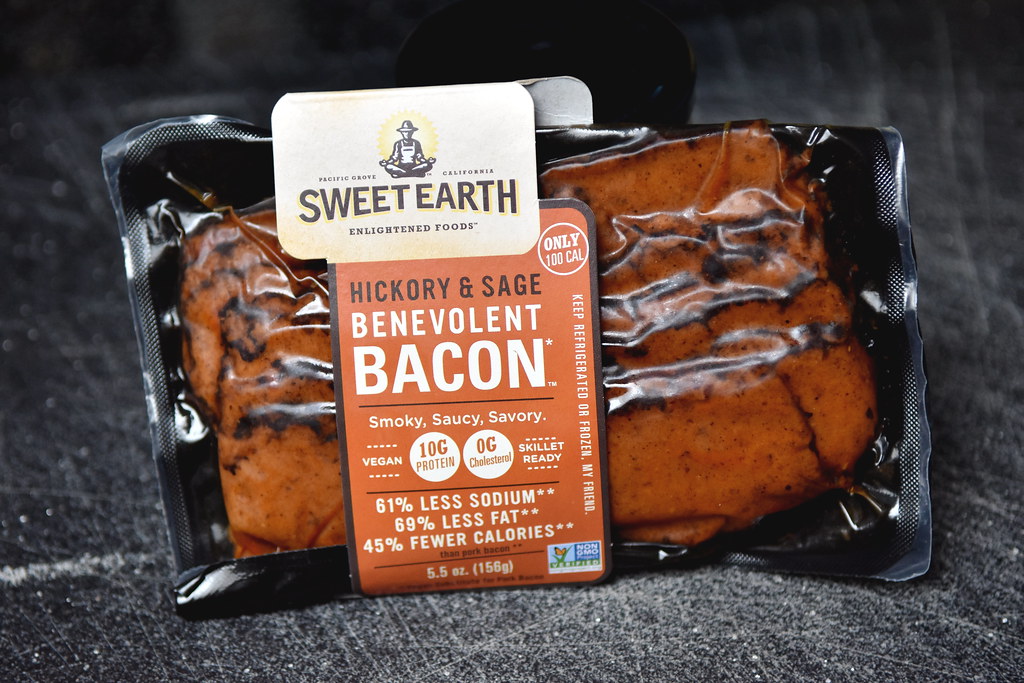 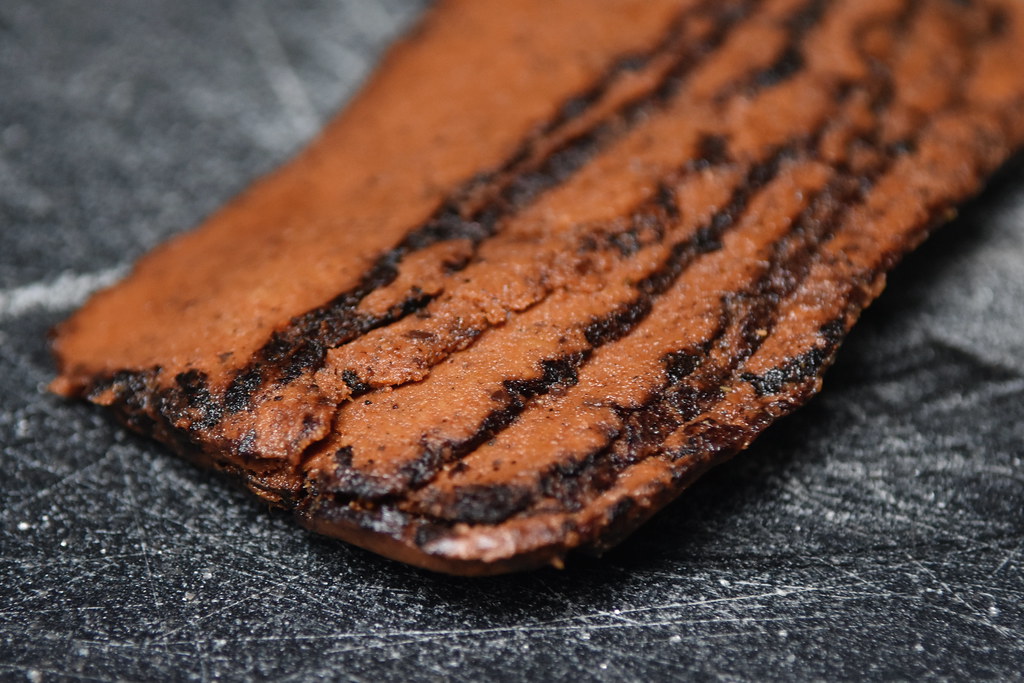 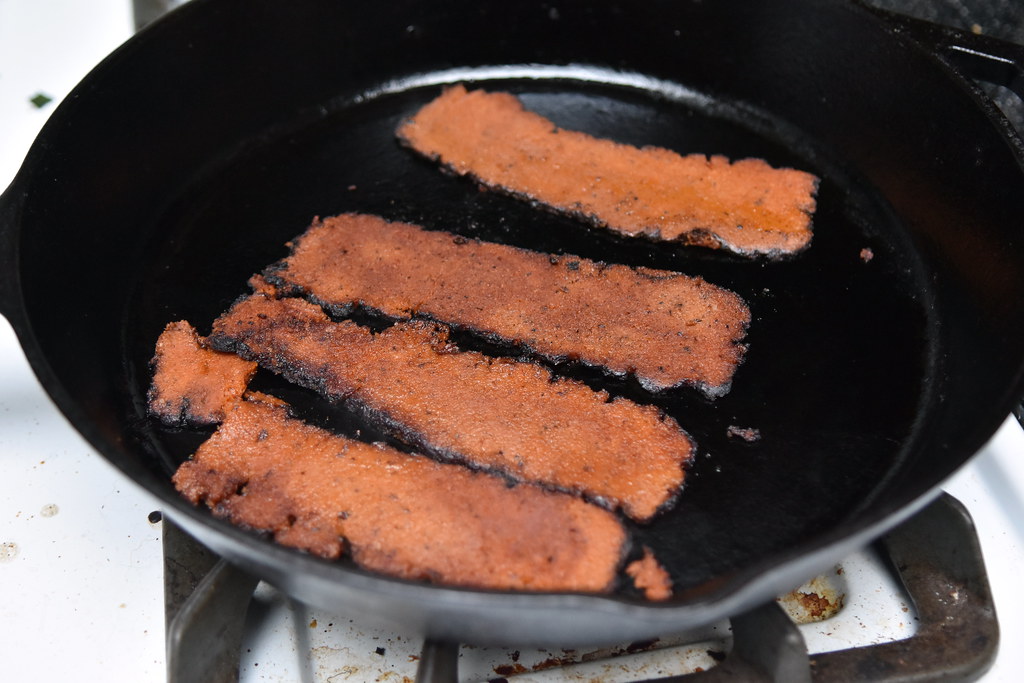 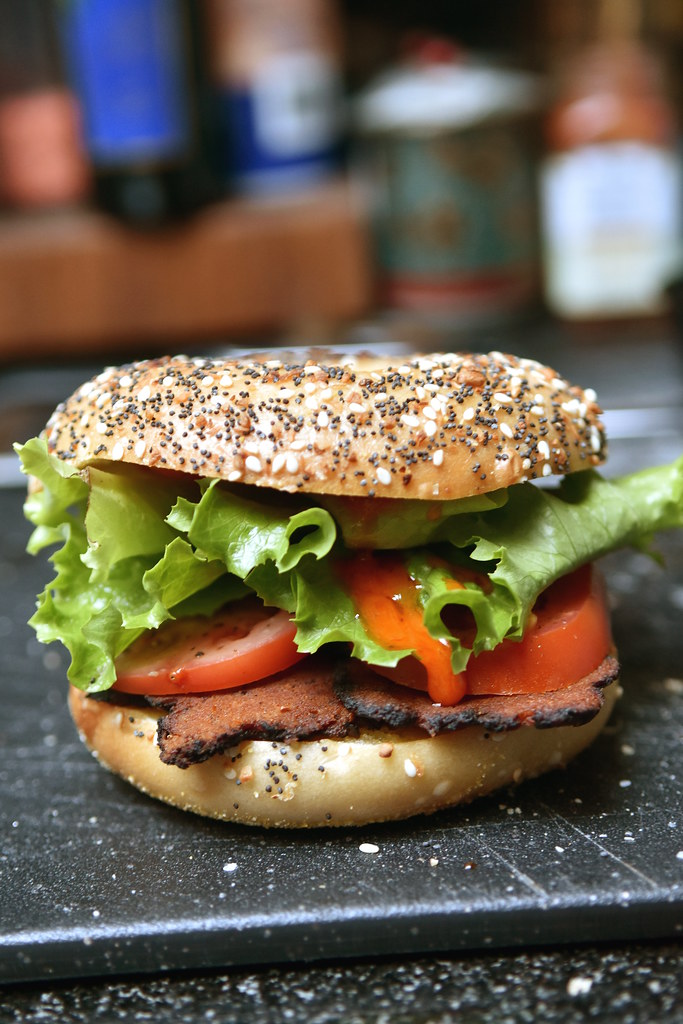