Dabbling though an outline on a piece on the “Positive Aspects of Limited to No Vegetarian Options,” I joined a friend for an impromptu day in the city which serendipitously ended at Momofuku Noodle Bar – which very publicly states they only have one vegetarian option – a perfect study in this very topic! When I first read New York Magazine’s article The I Chang I was taken aback by David Chang steadfast and highly public(ized) anti-vegetarian stance with standoffish statements like “Well, I guess it was because I don’t like people telling me what to do.” Hey, I’m not trying to tell him what to do! I’m just asking if I can eat here… when it comes to restaurants I’m a take it or leave it kind of girl. When it comes to Momofuku I want to take it!

The case study given in New York Magazine is of the angry vegetarian woman who unwittingly consumes meat based broth at Momofuku, then huffs and puffs like a lunatic who has been tricked into eating her own cat – a stereotypical anecdote on the incompatibility of vegetarians with the realities of the world. This article (and many many others) revels in making it appear that all vegetarians turn honest mistakes into vicious personal attacks on their morality. Well, this vegetarian would like refute such notions.

Mistakenly consuming meat items happens to me all the time, but I have to laugh it off and learn from my mistake. A mistake that is mine alone. Because unless you’re a true Jeffrey Steingarten-esq omnivore, every person runs the risk of consuming foods they wish to avoid; and unless a restaurant or food manufacturer profusely promises that “this is this” and “that sans that,” every bite is a gamble and every so often you are going to lose. 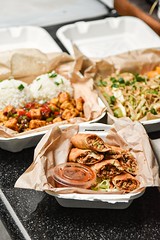 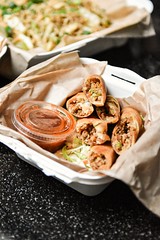 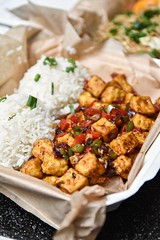 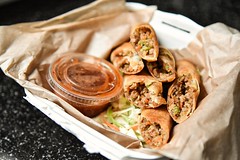 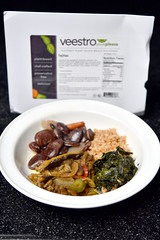 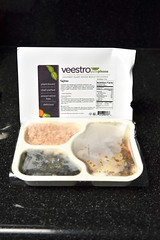