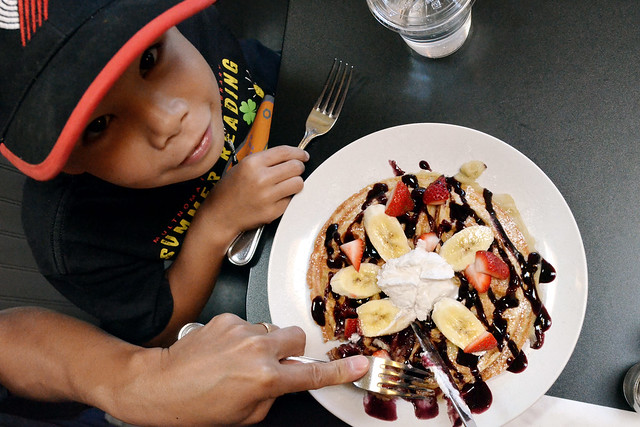 When selecting a restaurant for our first breakfast in Portland I didn’t take kids—especially non-vegan kids—into account. Turns out, it didn’t matter.

The serene dining room at Blossoming Lotus did not immediately seem kid friendly. But without promoting, the waitresses dropped off a plastic cup of water with lid and straw along with our glasses. Maybe this is common, but because I’m not around kids often this move really impressed me. The Caramel Apple Cinnamon Roll was his first choice, but the young man’s nut allergy preventing us ordering him one. Instead he ordered the Belgian Waffle ($12) topped with blueberry syrup, coconut whipped cream, strawberries, bananas, and powdered sugar. It was a kid pleaser! Even without maple syrup, dairy whipped cream or butter, he practically licked the plate clean. 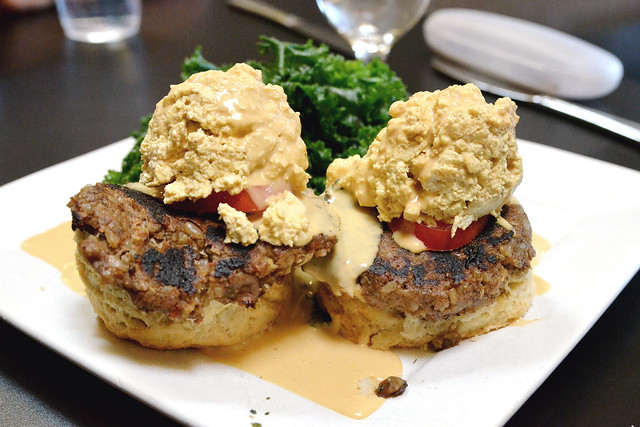 I rarely pass up a vegan biscuit despite being constantly disappointment by them. But no disappointment found in the buttery Lotus Benedict ($13). A tender biscuit split in half and topped with tofu scramble, sausage patties, sliced tomato, wilted spinach, and hollandaise. Served with steamed kale and a slice of grapefruit to balance out the complexity of the Benedict. 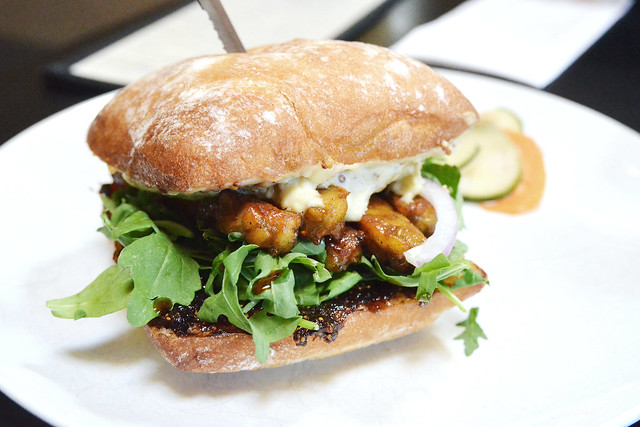 When handed the menu, the Fig and Brie Sandwich ($10) immediately caught my attention. A ciabatta roll stuffed with creamy house made cashew brie, tempeh bacon, and arugula, spread thickly with fig jam and a coarse mustard. The sandwich was neatly stacked, with no fillings spilling out as I chowed down on this dish. Smokey and sweet, this is one of the best sandwiches I’ve ever eaten. 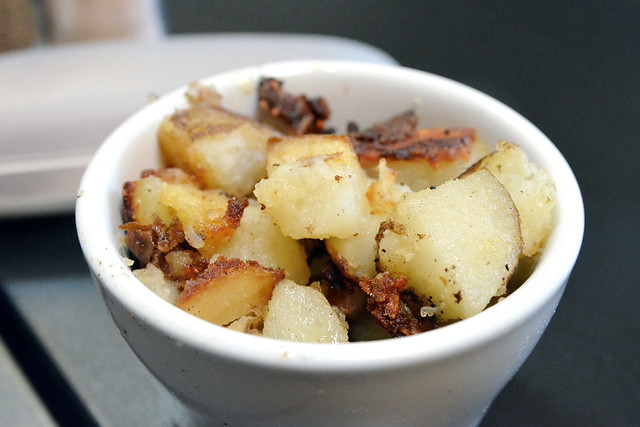 Even the side of Roasted Potatoes ($3) is excellent. With enough salt and char to not require any accouterments. 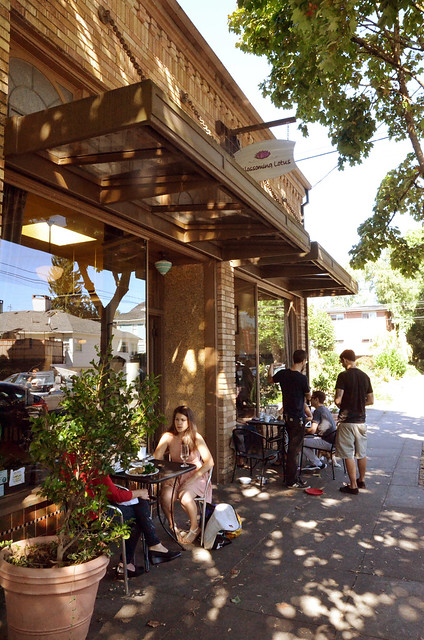 For those lucky enough to have traveled to Kapaʻa, Hawaii on Kauai, yes this is the same restaurant you’ve encounter there. It’s a little slice of paradise in the PDX.

2 thoughts on “Blossoming Lotus (Portland, OR)”